I had a spare nrf52832 UART module lying around and since the lockdown happened, I’ve been itching to do something with it. So why not a presentation clicker to prepare for when I get to do in-person meetups again? 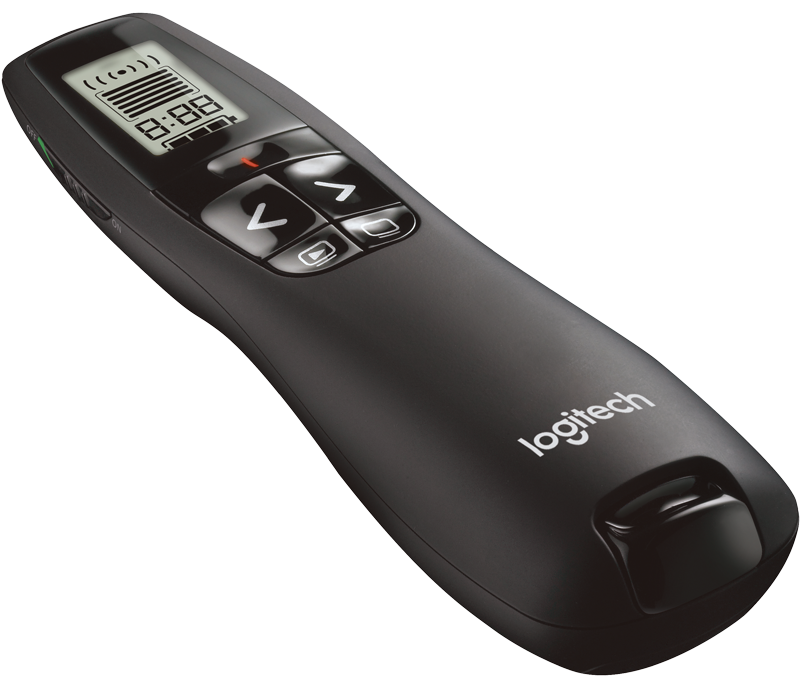 First, I had to deal with the 2mm pitch of the castellated edges that the chip had. I wanted to eventually use the output not just as a clicker but also as a discovery board, so I wanted to put it in a small protoboard.

At this point I also didn’t have the full design in my mind so I thought I would just wing the construction, which means I needed to breakout all the pins upfront and attach them with pin headers so I can make connections as needed.

I read up on an interesting construction technique at hackaday as well as dead bug style wiring, and I thought this would be just perfect for the task at hand. 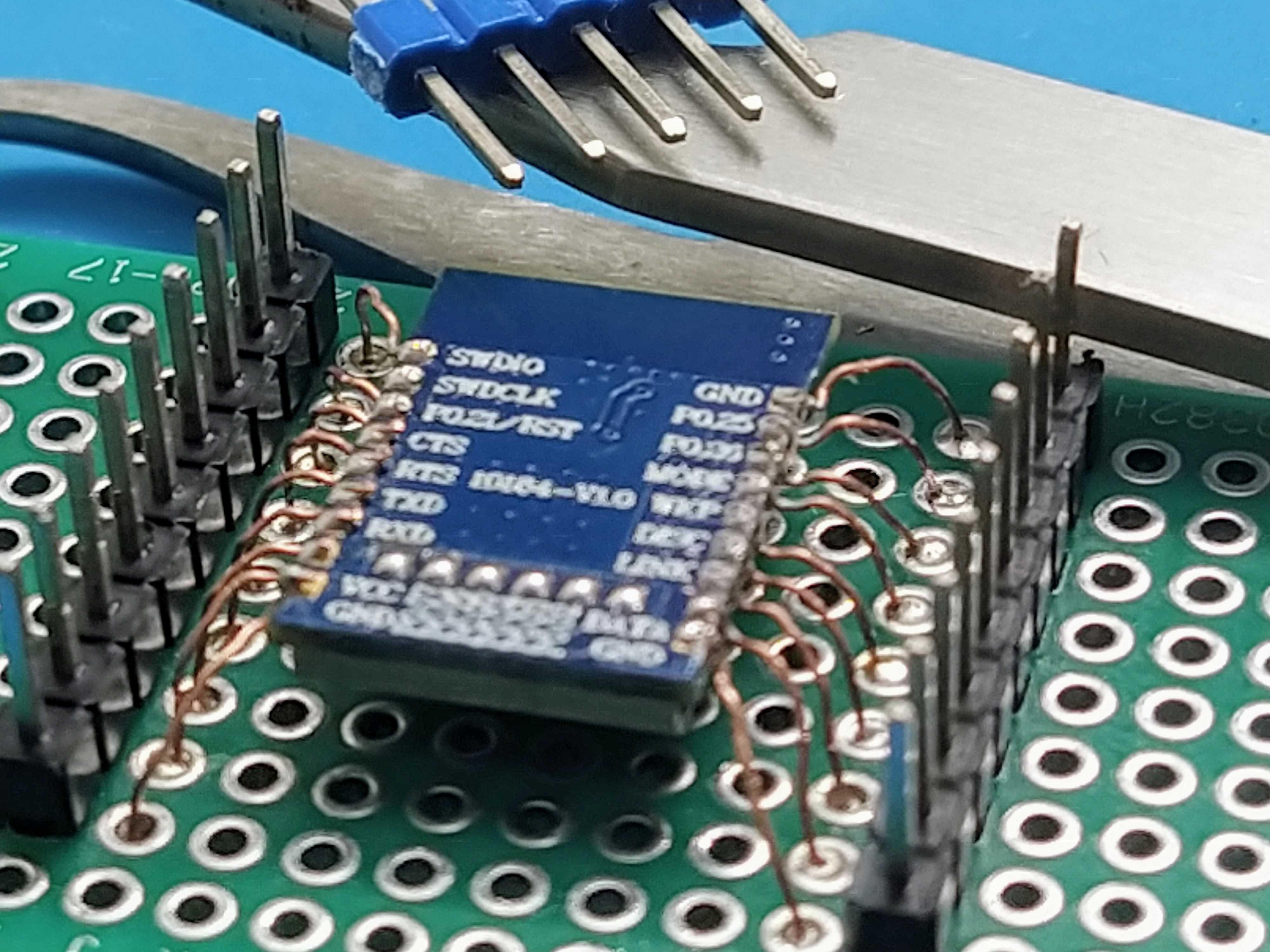 Although in this case, it doesn’t look as much as a dead bug since the “legs” actually touch down.

I then added a few more components: power supply (via usb or LiPo), regulators (the nrf52832 runs on 3.3v so it needs to be regulated down), as well as various buttons and LEDs. 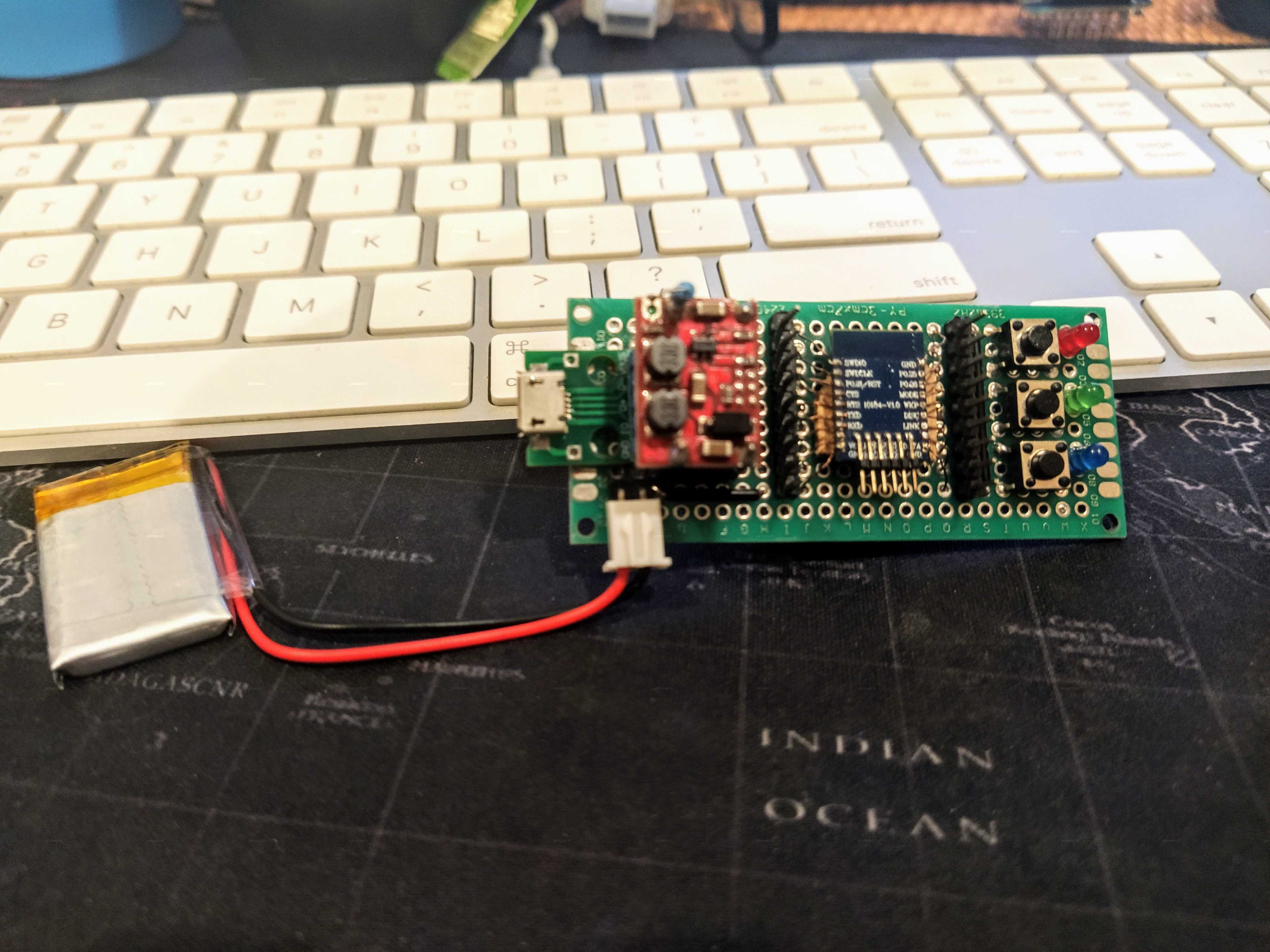 I did most of the wiring on the underside. It’s NOT a pretty sight :P There’s also a coin cell holder at the back for cases when I don’t want a LiPo battery hanging out.

Next up is the firmware. Back when I was playing around with the idea of making my own clicker, I had wanted to use the attiny85 and Arduino to write it. Some (non-updated) code can still be found here: https://github.com/parasquid/mcu-iot-sensors/blob/master/clicker/src/main.cpp

I know I can program the nrf52832 chips with Arduino, but I had second thoughts. I didn’t want to slog through something that I didn’t enjoy and eventually abandon it.

Then I remembered that I backed a kickstarter project called Bangle.js and together with the actual product, the tier I’m at makes me eligible to receive extra rewards such as other BLE-enabled Espruinos. These Espruinos had the same chip as the module I was experimenting with, so I thought “why not?” 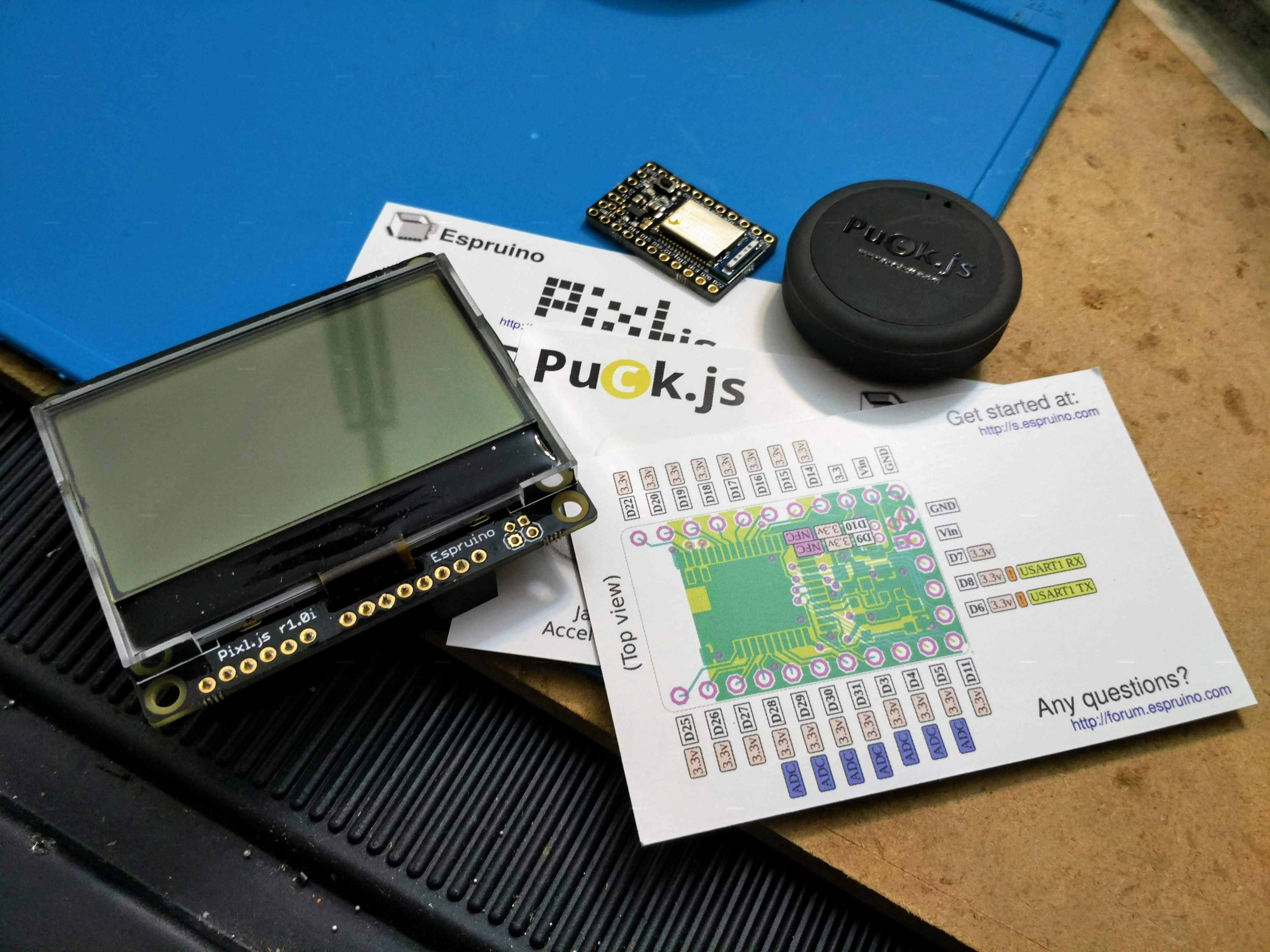 All the Espruinos! (Watch not included)

So I whipped up my Raspberry Pi3B+ and compiled and installed OpenOCD on it to use it as an SWD programmer, and flashed the Espruino MDBT42Q firmware onto the module. After quickly reading up on Bluetooth Low Energy concepts, I played around with the built-in Espruino HID libraries and came up with something:

Admittedly, the code can be further refactored and duplication removed, but in the spirit of shipping, I uploaded the code and thus came up with this result:

The keybindings are currently mapped to that of https://revealjs.com/ but the beauty of having a firmware that you actually own (as opposed to, for example, the one inside commercial clickers like the logitech) is you have the freedom to change it however you like–powerpoint, keynote, or even turn on and off the lights in the house (blogpost on that coming soon).

Some things I’d want to improve for the next version: